The list of countries recommended by the European Council on June 30 to allow entry were the following: Algeria, Australia, Canada, Georgia, Japan, Montenegro, Morocco, New Zealand, Rwanda, Serbia, South Korea, Thailand, Tunisia and Uruguay (plus China, subject to reciprocity). As of recently, third-country nationals having their residence in Montenegro and Serbia will no longer be authorized to enter the territory of Belgium and Luxembourg.

Luxembourg has followed the recommendation of the European Council and will allow entry to third country nationals traveling for the purpose of study and (all) highly qualified third country workers if their employment is economically necessary and their work cannot be postponed or performed from abroad.

This leads to the situation that Belgium has decided that (initially) they do not distinguish between countries on the list or not, they simply added exceptions to what travel is essential. On top of that, a visa can only be issued to employees who received a positive decision to grant a single permit (Annex 46) on which the code B29 (Blue Card) is stated. When the approval states the code B34, the issuance of the visa is postponed until you receive new instructions.

Ordinary highly skilled workers are by definition not covered by the new travel relaxations. Only blue-card holders with visa D (B29) can travel to the EU if they demonstrate that their employment is necessary from an economic point of view and that the work cannot be postponed or abroad executed. This in fact means they believe that only Blue Card holders are considered as highly skilled workers!

Although the European Council mentioned in their recommendation that “Member States should gradually lift the temporary restriction on non-essential travel to the EU as from 1 July 2020 in a coordinated manner”, it seems Belgium is interpreting the recommendation differently and is being more strict than its neighboring countries.

We have been informed that a decision will be taken this week (this has been delayed twice already) on whether they will reconsider their standpoint, and allow other highly skilled foreign workers entry.

However, due to the current situation in Belgium (more infections per day), we do not expect a change in position.

Massimo Maesen is partner at EMG and responsible for the Belux practice. Massimo can be contacted at maesen@expatmanagementgroup.com. 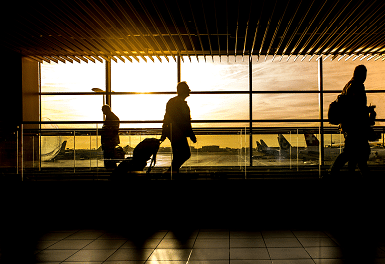